location - Live On The Bay

Each Town is so different from each other and all with their own appeal.

The Town Of Collingwood

Collingwood is a town in Simcoe County, Ontario, Canada. It is situated on Nottawasaga Bay harbor, the southern part of the vast Georgian Bay. It was a famous shipment point with a thriving shipping industry in the 19th and early 20th century but due to overseas competition & over capacity ship building in Canada, the ship industry demised in the late 1980s.
This town is marked with great cross country trails & the town center conspicuous with beaux-arts style Federal Building. There are daily transit services like cars and buses which make getting around the town very easy. If you want to rent, buy or sell a house, real estate Collingwood offer the best market options. They include commercial, downsizing, home inspection, mortgage brokers, new homes and realtor companies which offer services ranging from humble plots of land, small starter homes to luxury mansions.

The Town of Blue Mountains

If you’re heading up to southwestern Ontario in Canada, thenyou are in for the surprise of your lifetime when you step into the town of Blue Mountains. We all know that Canada is known for its vast beautiful wilderness and tons of outdoor activities to partake in. This is all right front and center when you arrive into the town of Blue Mountains in Ontario.The town is located right where Beaver River runs into the Nottawasaga Bay, so the natural beauty if profound. You are going to notice that most of the town is centered around the Blue Mountain Ski Resort, as this is the town’s main source of income from tourism. However, there is so much more to do in the town than just skiing – keep reading down below to learn more about the top things to do in this wonderful Canadian town. You might just end up wanting to invest in some real estate in Blue Mountains!

The Town of Thornbury

Thornbury Ontario Canada is a flourishing town nestled in Gregorian Bay. Its natural landscapes and terrain are a sight to behold. Explore vast environments ranging from a harbor, extensive Blue Mountains to landscaped attractions such as golf courses that are open to the public. Real Estate in Thornbury offers a prospect a terrific opportunity to be part of this enchanting location, Any visitor will be impressed by the harmonic blend of a modern town side by side with nature’s finest gifts. Thornbury is the perfect place to reside in or simply have a cozy holidaying residence to call a second home away from home.

The town started as an agricultural center where farmers converged to sell and ship their produce to other parts of the country. Apples market in particular
is easily became the most dominant economic activity that dates as far back as the nineteenth century. Large plantations of apple trees and other produce was the mainstay of wealthy landowners. This aspect has particularly defined Thornbury’s architecture. It has evolved through the decades into the prominence that it now commands

The Town of Wasaga beach

Wasaga Beach is a magnificent town in Simcoe County, Ontario province, Canada that is situated along the longest freshwater beach in the world that stretches to around 14 km. This town is very popular for summer tourists enthusiast. Located on the southern end of Georgian Bay that is around two hours north of Toronto, the town enjoys close proximity to anyone who is fond of being awash by water waves before a day breaks off. Real estate in Wasaga beach is one big investment one can think of starting as there is surety of reaping big with the constant influx of tourist across the world. To the west, we’ve Collingwood and The Blue Mountains which is a center for tourists who are fond of beautiful nature.

Currently, the town is under the tutelage of Brian Smith as the Mayors deputized by Nina Bifolchi and a list of councilors. The Town of Wasaga Beach has a land size of 58.64 km2 with a population estimate of 20, 675 people and a population density of 352.6/km2. The town has a rich history which dates back in the year 1600s where its first inhabitants the Huron people had stayed there for thousands of years after they were dispersed by the French allied Algonquin people. It also hit the headlines in 1934 when the Long Wasaga’s beach was used as the take off for a plane coming all the way from Canada mainland, across the mighty Atlantic Ocean to England. The town gradually gained the status of a district in 1947, and two years later it progressed to a police village within the township of Sunnidale. The effective incorporation of this village into Town of Wasaga became fruitful on 1st January 1974. After that, the town witnessed a permanent population growth of about 4000 people that increased dramatically from 1965, where there were only 500 people. 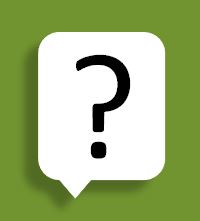